While basic movements may appear simple, any movement is the result of a complex process involving communication between nerves, muscles, and several parts of the brain. Nerves of the spinal cord modulate the constant flow of information between brain and muscles, regulating all the elements associated with a smooth action. Movement disorders result from changes to specific regions of the brain or nervous system. Many neurological conditions affect body movement; we’ll take a look at a few of the most common.

Parkinson’s Disease is a progressive disorder caused by a combination of genetic and environmental factors. Degeneration of nerve cells in the substantia nigra, a part of the brain controlling movement, causes cells to die or become damaged, losing their ability to produce dopamine. The symptoms of Parkinson’s include rigidity, bradykinesia, akinesia, tremors, and postural instability. Rigidity and the ensuing jerky movements occur when muscles are resistant to movement. One of the classic symptoms of Parkinson’s is bradykinesia or slow movement. Bradykinesia is characterized by a slow, shuffling walk. Eventually, it leads to akinesia, the loss of movement. Tremors are frequently rhythmic and can briefly disappear during movement. Postural instability manifests in a stooped posture and sometimes a forward or backward lean, potentially leading to falls.

Huntington’s Disease is a progressive, degenerative, and fatal condition caused by deterioration of nerve cells in the brain. It causes uncontrollable jerking movements in the arms, legs, torso, and face. Other difficulties include rigidity, abnormal eye movements, impaired speech, and trouble speaking and swallowing. Huntington’s is an inherited disease.

Lou Gehrig’s Disease is a rapidly progressing disease that attacks nerve cells controlling voluntary movement in the arms, legs, and face. It leads to difficulty with walking and posture, tripping, weakness, slurred speech, and muscle cramps. Eventually, the patient loses strength and the ability to move arms, legs, and body.

Tardive Dyskinesia results from prolonged use of medications prescribed for the treatment of psychiatric conditions, including some types of antipsychotics and neuroleptics. It’s characterized by involuntary movements such as grimacing, lip smacking, eye blinking, and rapid limb movements. In some cases, tardive dyskinesia can be reversed after usage of the drug is terminated.

Ataxia is a degenerative disorder caused by damage to the cerebellum, a part of the brain that controls voluntary movement. It results in loss or decrease of control over fine motor skills. Patients frequently display an unsteady gait, clumsiness, poor coordination, and eye twitching. Walking, writing, and eating with utensils may become challenging.

Spasticity occurs when injuries or a neurological disorder damage the pathways controlling voluntary movement. Frequent culprits include multiple sclerosis, cerebral palsy, spinal cord injuries, strokes, and traumatic brain injuries. Spasticity manifests in increased muscle contractions that cause stiffness, which then interferes with movement, speech, and walking. Symptoms may not always be present; they can be brought on by rapid movement or sensory stimulation.

Essential Tremor is an uncontrollable shaking or trembling, typically in one or both hands or arms. It worsens with movement, and can be absent at rest. While Essential Tremor isn’t life-threatening, it progresses over time. If symptoms become severe, they can interfere with holding things, eating, putting on makeup, shaving, writing, and even talking.

Dystonia is caused by abnormal functioning of the basal ganglia, a deep part of the brain that helps control the coordination of movement. Prolonged bursts of electrical activity create sustained, directional movement, which differs from the rhythmic back and forth nature of tremors. Symptoms include uncontrollable twisting, repetitive movements, and abnormal posture. Dystonia can affect the arms, legs, torso, eyelids, and vocal cords. Its intensity increases during periods of stress and fatigue.

Restless Legs Syndrome is a disorder of the nervous system that causes abnormal, uncomfortable sensations in the legs while lying down or relaxing. The only movement relieves the itchy, pins and needles feeling. While symptoms can come and go, they’re generally worst at night, leading to sleep issues.

Multiple System Atrophy is a rare disease, a progressive and degenerative disorder that affects movement and involuntary bodily functions such as blood pressure. MSA shares many characteristics of Parkinson’s, such as slow movements, rigid muscles, and poor balance. Other symptoms include loss of coordination and difficulties with speech and swallowing. MSA is eventually fatal.

Myoclonus, a muscle twitch, is a symptom rather than a disease itself. It occurs when a muscle or group of muscles suddenly begins to twitch or jerk. While hiccups are a completely normal, healthy form of myoclonus, episodes can be much more serious when caused by an underlying condition such as epilepsy or nervous system disorders.

An assortment of neurological conditions affects body movements, and many of them worsen over time. If troubling symptoms are present, it’s important to see a doctor as soon as possible - early treatment can slow disease progression. Movement disorders can be diagnosed through magnetic resonance imaging (MRI), positron emission tomography (PET), electromyography (EMG), and movement neurophysiology. While there may be no cure, specialists can minimize symptoms and relieve pain. Some treatment options include medication, physical therapy or occupational therapy, Botox injections, and a surgical procedure called deep brain stimulation. 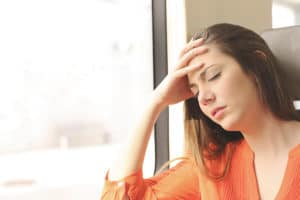 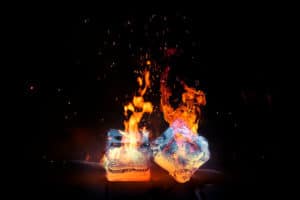 To ice or not to ice? That is the question